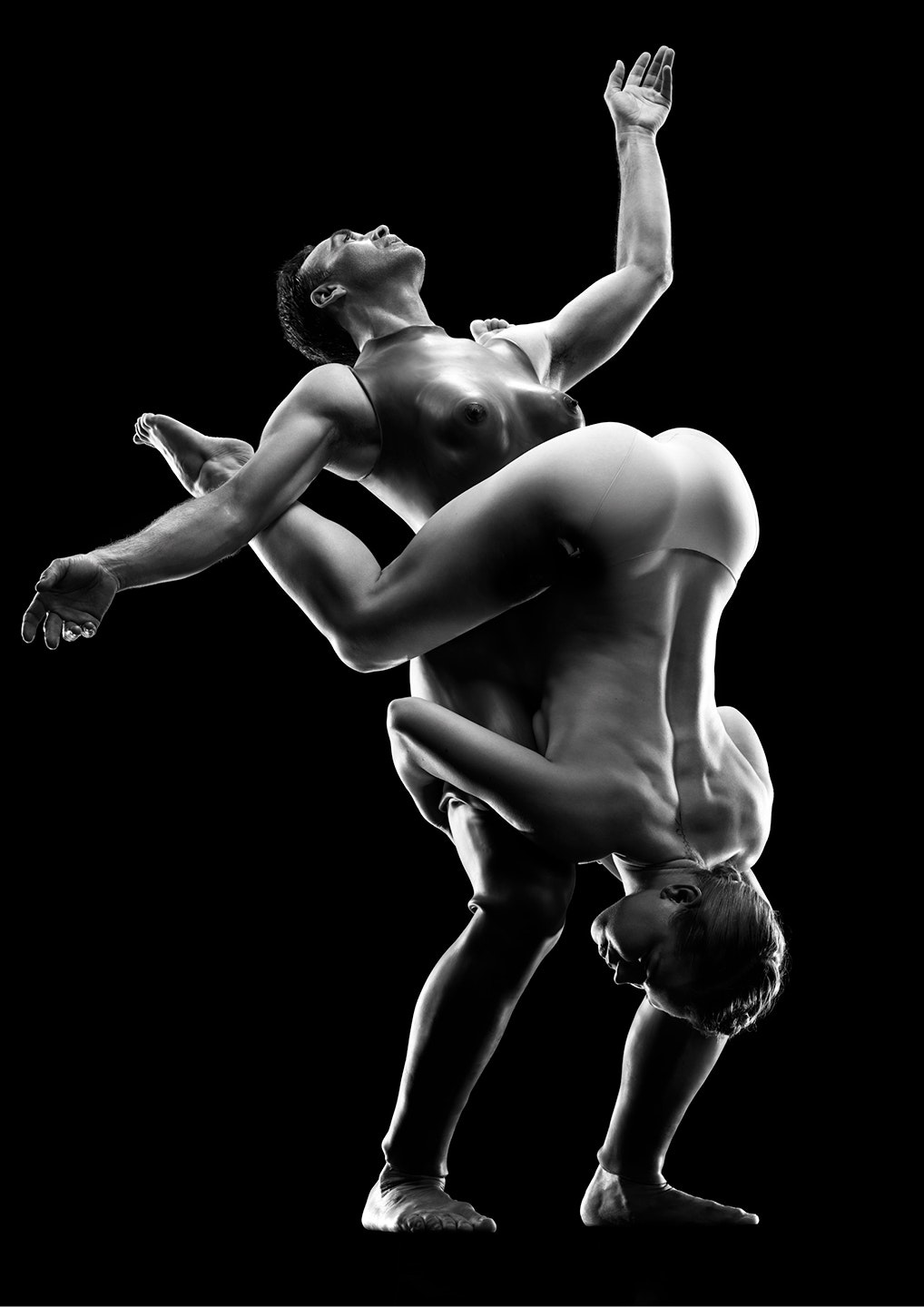 Manaia is a triple bill touring programme showcasing the strong female choreographic voice within the company. This voice has long been an important driving force within Atamira supporting a pedigree of respected female dancers and choreographers who continue to align with and emerge from the company. Under the theme of Manaia (from the mythical creature of the same name with the head of a bird and body of a human) this short works programme bridges human endeavour to spiritual aspiration. Gabrielle Thomas with her trio of woman dancers, delves into the meaning and symbology of Manaia. Kelly Nash, presents a powerful duet that reverses common known myths and histories, and Nancy Wijohn’s solo performance weaves physical opposition with illusion.

Pito — Nancy Wijohn. Pito explores themes around maternal connection, the connection to our mothers and forbearers. I am interested in how this can be affected by external threats, sickness and death. The work attempts to find metaphoric ways to resolve, negotiate space, to navigate time and transcend from this world to life after death in a hope to remain intact with those that depart. Pito evokes the ideas of connection and disconnection through both imagery and audio-visual elements, transporting imaginations to a different time and environment. The work searches for truths that will challenge our habitual ways of moving. To find the idiosyncrasies of the body, to find an authenticity in both decision making and intention. Pito attempts to uncover meanings of loss, abandonment and pain to find light, enlightenment and love. It searches to interrogate what it means to die, not just of the physical but to feel death as some kind of device or object in which it can be played with, tipped upside down and given its freedom. A void of despair, maybe in a moment filled with humour, and in the sadness there is also beauty. I look for signs in the whenua, and in whakapapa. I look for signs of truth of both life and death. Pito —to be human and to be at peace.

Te Waenganui — Gabrielle Thomas. As stated in the book The Woven Universe: Selected Writings of Rev. Māori Marsden, the whare wānanga views the world as the rhythmical moving patterns of pure energy, woven with cosmological purpose as well as design. Within carvings the manaia represents the form that can distort into various shapes, filling the empty spaces. Like a reflection, it sits between, shifting within space and time. The manaia has three fingers, forming the trinity of birth, life and death. This embodies a form that resides in more than just a singular realm. Also worn around the neck as taonga, the manaia is commonly carved out of pounamu or bone. Formed from bone and known as Manaia, the seahorse is the seer of the sea. With its thinly threaded fins all spinning, they drift like spirits through the intervening space, wearing watery bones. Our bodies are formed of skin and tissue and bone. We cannot see the wai ponapona (bone marrow) within our own living body, but does that mean it does not exist? Whakapapa brings us back to the beginning. We are threaded into the voice of existence. As we pass over, bodies falling away into bones, we transcend throughout the waters into the wai ponapona of Papatūānuku and this is Te Waenganui, the space between.

Mā — Kelly Nash. I began this work by exploring how to reframe and recontextualise legends and myths passed down within the culture I identify with, Maori. I wanted to bring an awareness to the current issues that woman and men face, helping to bring a change and shift to the perpetuating stories that root themselves in the retelling of many social stereotypes held within a culture’s story. The classic paradigm of patriarchal hierarchy where the highest value is placed in god, then as follows, man, woman, children, animals with nature last, highlights how common prejudices of sexism and speciesism continue to perpetuate in the stories we all tell. As a woman, I closely link the destruction of nature with the domination of women and their bodies. This work looks in depth at one particular Maori myth, the story of the demigod Maui and his efforts to gain eternal life by reentering the vagina of the goddess Hine Nui Te Po (Goddess of death). I looked for a new story with an old beginning, an unlearning of my mythological ideologies and an exploration of relevant issues such as sexual discrimination and a connection to ecological dis-ease. I choose the title Mā to help illuminate in the colour white, holding all the colours within, and to be the one half of word Māmā.

“I am really excited by this opportunity and thrilled to be co-directing this show with such diverse Wahine. The platform given, helps us all too expand artistically and lift the esteem of woman choreographers in dance.” - Kelly Nash